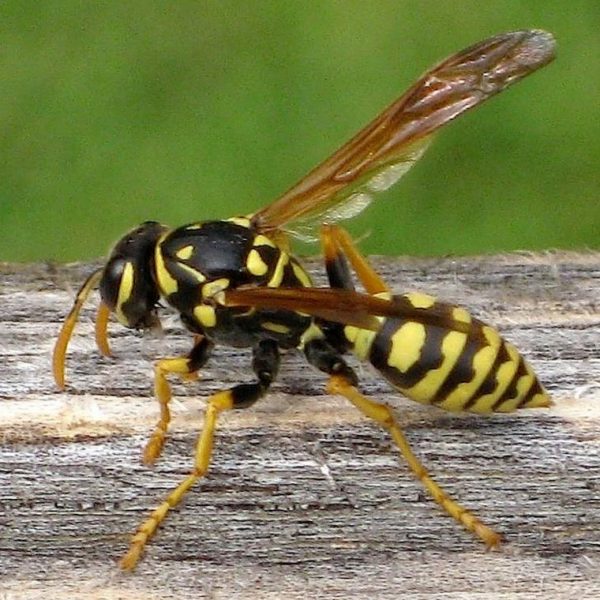 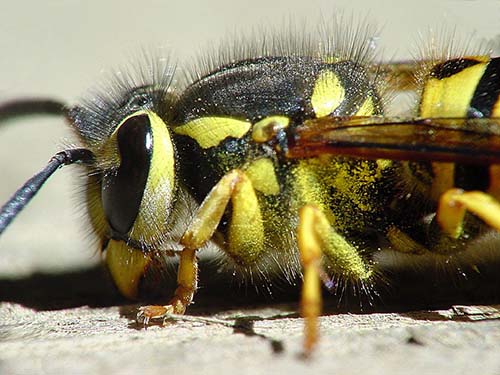 Ants and mosquitoes at a backyard barbecue can be annoying, but Yellow Jackets, well, they hurt. If you’ve ever been stung by one, you understand the pain they can cause. Yellow Jackets aren’t particularly aggressive unless provoked. Then they can become down-right mean, actually chasing their victims for long distances and stinging them multiple times. Don’t put up with this. Call Advanced Pest Control of Alabama for swift and quick Yellow Jacket control.

Yellow Jackets have famously become unwanted barbecue and picnic guests because of their ability to detect proteins. These carnivorous wasps scavenge during the spring looking for protein, not only at barbecues but also near garbage cans or where ever proteins may be found, to take back to the nest to feed to their larvae. Later, as the season changes and they are no longer protecting their off-spring, they feed off sugary foods only to return again to carnivores when food becomes scarce.

Many people believe Yellow Jackets create nests in high corners of awnings and doorways like many other common wasps, but more often yellow jackets will instead build their nest in or near the ground in rodent burrows, under porches, or in cement cracks. Once the nest is built, the queen will lay her eggs which she feeds until they mature and turn into female worker wasps. Later, as the season ensues, males will appear and mate, fertilizing the females. As the weather turns cold, the males die off, and the females hibernate until the next season when the process begins again.

Signs that you have a Yellow Jacket infestation are not usually that difficult to see. The workers are active during the day buzzing around for food sources. Often mistaken for bees,Yellow Jackets are known for their yellow and black coloring and small size. You might also find a nest somewhere on your property, usually as Yellow Jackets are emerging from a crack or hole in a wall or on the ground. You may even notice angryYellow Jackets while mowing the lawn as the vibrations agitate those in the ground below.

If you see these signs, you may want to seek the help of a Yellow Jacket control professional. Because Yellow Jackets are so aggressive when defending their nest, trying to eliminate them yourself could be harmful to you and those around you.

We can handle Yellow Jackets and offer services in many locations of Alabama and at reasonable prices.Our pest control technician can find the source of the infestation and eliminate the hazard they cause to you and your loved ones. We have technicians in Daphne, Fairhope, Foley, Gulf Shores, Orange Beach, and Spanish Fort waiting for your call. Check our locations page for a full, updated list.